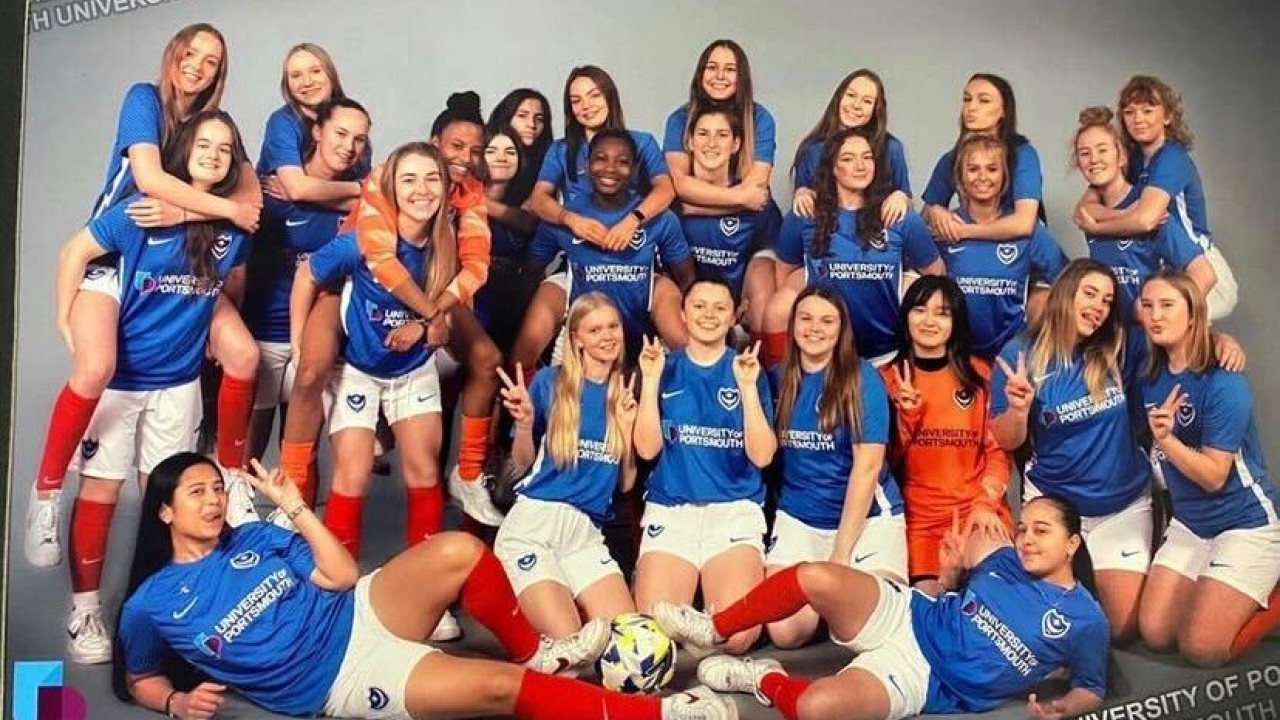 Our media, Sports for Social has interviewed our very first activity in England!

University of Portsmouth is a public university located in the South East of England, with over 140 sport clubs. From football, volleyball, rugby, to netball, and cricket which is uncommon in Japan. Aside from sports clubs there’s also interesting courses you can study in Portsmouth, such as Sports Management, Sports Psychology, and E-sport Coaching.

Today, we have interviewed Freya Bartlett, a 3rd year Sport Science student who plays in UPWFC (University of Portsmouth Women’s Football Club) about the charity activities she has organized throughout the year as the ‘RAG’ secretary.

‘RAG’, Raising and Giving the role for connecting sport and the community

ーーHow was it like being in the role? And also, like, why did you decide to apply for this role in the team?

ーーWhat did you work on when you were in the county FA?

Freya) We organized events like football tournaments and made thank you presents to surprise the people who volunteered to organize the events with us. As it is a community activity, all the kids and the parents will be in on it as well. So it was like more football based and community work. But it was really fun to work with all these people.

ーーMoving on to the main part of today’s interview, I believe Pink Week, Movember, Mental Health Awareness Week, and LGBTQ+ History Month were the main activities you have organized. How and what did you do for these activities?

Pink Week is a week of events dedicated to raise awareness for breast cancer with donations and seminars within the Breast Cancer Awareness Month in October every year. In Japan, it is known as the Pink Ribbon Activity（ピンクリボン運動）and wear a pink ribbon or something pink to show that you support this activity and aimed to spread knowledge about breast cancer among people.

Freya) So, Pink Week was the first charity activity we did throughout the year. We all wore a pink item to football training, and everyone donated some money. And then on Purple Wednesday, a student night out event, we all did a pink theme, which was a hen party. So we were dressed in pink. And we carried a charity bucket around with us and just got loads of donations from a lot of people. That one was fun. We were able to collect a total of £222 (34,000 yen) throughout the 6 days from October 18th to 24th.

Movember is a month to raise awareness and funds for men’s mental health, testicular cancer, and suicide prevention every November. The ‘Mo’ in Movember stands for mustache in Australia combined with November. Several activities include growing mustaches for the entire month, posting pictures wearing mustaches on social media. As statistics say that 60 men die from suicide every hour, people walk aiming 60km to raise money. These get donated to over 1250 charity organizations across the country.

Freya) In the month of Movember, there is an activity called ‘Move for Movember’ where everyone sends me their steps, every day of the month. And I totaled it up to see how far we walked in total. This time, everyone got money raised separately. So my family sponsored me £50 for the amount that we walked in the month. These donations all go to the mental healthcare charity organization called Solent Mind.

Mental Health Awareness Week also known as the Green Week is the week aimed for people to know and learn about mental health. In University of Portsmouth, each club wore something green to spread awareness and for donation. Like Movember, the money gets donated to Solent Mind. Green Week usually takes place in October or November.

Freya) For Green Week, what we did was like the same as Pink Week. We wore all green to training and donated some money. And then there was also a green social for Purple Wednesday and we did pub golf. We walked around all these different pubs with a charity bucket. It was fun how everyone got really drunk and took donations from strangers.

Every June is the LGBTQ+ History Month which differs a little bit from the Pride Month which we know more of in Japan. Pride Month happens every June, enlighten the rights of LGBTQ+ among people. On the other hand, LGBTQ+ History Month happens every October to focus on the history and the pathways the LGBTQ+ society and people have gone through. In University of Portsmouth, there will be a screening as well as performances by the drag queens and sell rainbow shoe laces to raise awareness.

Freya) For the LGBTQ+ History Month, we all wore our rainbow shoe laces which we bought as a club. We did not raise money this time but all the money raised from the shoe laces goes to different LGBTQ plus charities. But yeah, those are the ones we did this year.

Charities work when we rally around and collaborate together

ーーWhat was the most fun part of all of these activities you’ve engaged in?

Freya) Probably pink week was the most fun. Definitely, because it was such a big group one. And we did multiple things for it. So even though we did it on a night out, which probably is not the stereotypical way of collecting money for charity, we did really well. And it was a laugh for everyone as well. And everyone really rallied around and supported it. It’s the first one we did so everyone was really enthusiastic and was just really good to see everyone participating.

ーーHow do you think these activities affected the club? Do you think it increased everyone’s consciousness?

Freya) Yeah, that’s a good question. It makes women’s football, like the whole club, really good. Because everyone can participate in the activities they want. And then I think in women’s football, there’s always been stereotypes like, everyone that plays women’s football was gay and or different things like that. So I think to do that LGBTQ+ History Month, it shows that it’s not a negative thing. Which is not true. And it’s not a negative stereotype, that we support everyone in these communities. And it’s not like when people get that said to them, you don’t take it and get upset, because we support that. And we’re happy to support that too. And then, obviously, as a group of women, to do the pink week for breast cancer is very important to keep the awareness of that. And then with mental health being such a big thing at the moment, it’s very important that we had a mental health charity. And then for the Movember, as much as pink week is good for us as women, there’s a lot of like men’s societies in the university like men’s football. So it’s good to show that we support charities that are affecting them as well. So I think it’s been good and it’s made women’s football look good to participate in.

ーーAs a RAG secretary, could you tell us why clubs should do these activities?

Freya) Clubs should definitely do these activities. Because it’s not just raising money for the charity, it’s also raising awareness of the charities. And then it affects a wider group. When we do these activities, we then tell our parents about it, then they tell their colleagues about it. Everyone can pitch in and try and raise a bit of money. And everyone gets to hear about the charity and what we’re raising money for. And it raises a bit more awareness as well.

ーーHow would you like to utilize these experiences in the future?

Freya) I’d like to become a teacher so I think planning events and general organizational skills are really important. I had to communicate with a lot of people to make one thing come off successfully, which I didn’t expect and it showed me these things are not always as easy as you think. And I think it is a good life lesson.

It’s got to be in a big group effort

Freya) I’ve done it all the way. In primary school, I participated in the Red Nose Day and the Children Need. Have you heard of these activities before?

ーーI think I’ve heard of it, but I don’t really know what it’s about. Could you please explain it to us?

Freya）Of course! So you’d give a pound to the school to the charity. And you’ve got to wear your own clothes, and not your school uniform. And then the same thing would happen in secondary school as well. You also wear a red nose for the whole day.

Red Nose Day is to raise awareness to prevent children from poverty and bagan to allow access to all children receiving education, housing, and health which started in the UK.

ーーHearing your experiences and stories, I am so impressed how there are so many opportunities for even children from small ages to participate and be passionate about supporting others. Studying at University of Portsmouth, I feel like students here are also really passionate about making an action, like starting a new activity. I hope these get normalized in Japan in the future as well.

ーーThis is our last question for the interview today. We would love to hear if there is any advice towards the students and the people in Japan when participating in a charity event?

Freya) Well, how it’s done here is there’s a group of staff in the university that are like a support network for the people raising the events. So they will help with the finance and they will help with the equipment and things needed, and you can kind of refer back to them. But probably the main bit of advice because like I struggled with it this year, like I did find it hard. It’s got to be a big group effort. You need to have people that can help each other, or every event is just going to be a flop. And it doesn’t need to be something massive. Like it can be something as small as a bake sale, or bringing a charity bucket around which is all still effective. But no, the main bit of advice is just have a support network for everyone trying to arrange these events, so they don’t feel like it’s not fun. Or like they don’t want to have to do it, but they should feel like they want to be able to do it.

ーーI couldn’t agree with you more! I felt like it’s not difficult to start and plan these activities, but it requires support. Also there should be a group of people thinking or looking for a trigger so that they can express their thoughts. I learned that a small start could lead to something very effective. We are so grateful for your advice and thank you for the interview today. 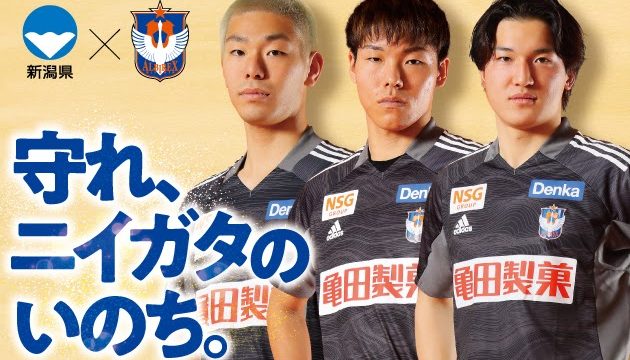 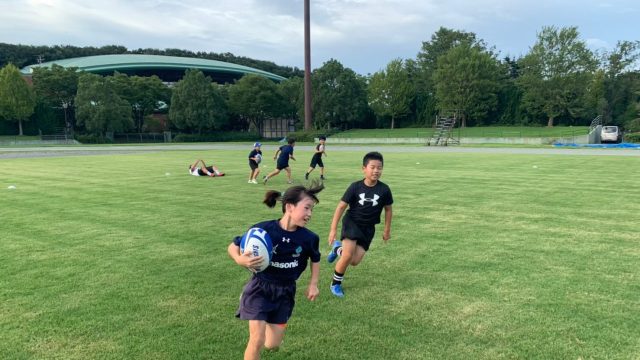 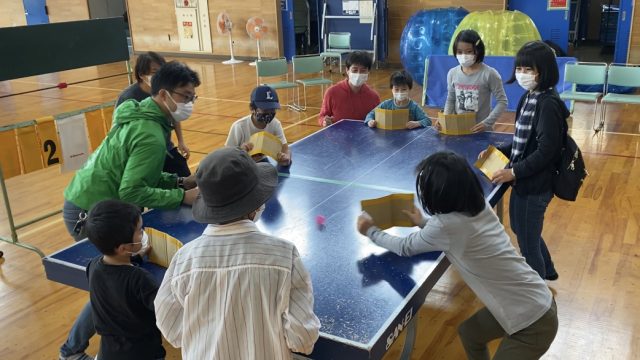 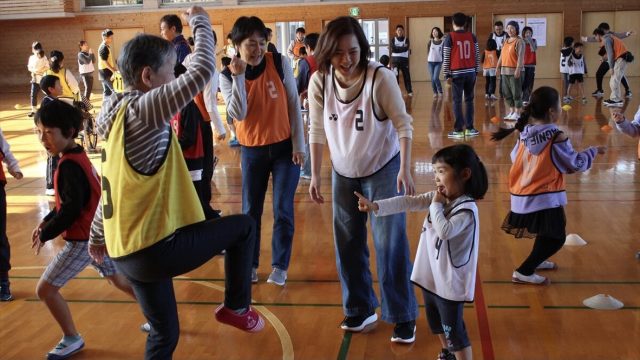